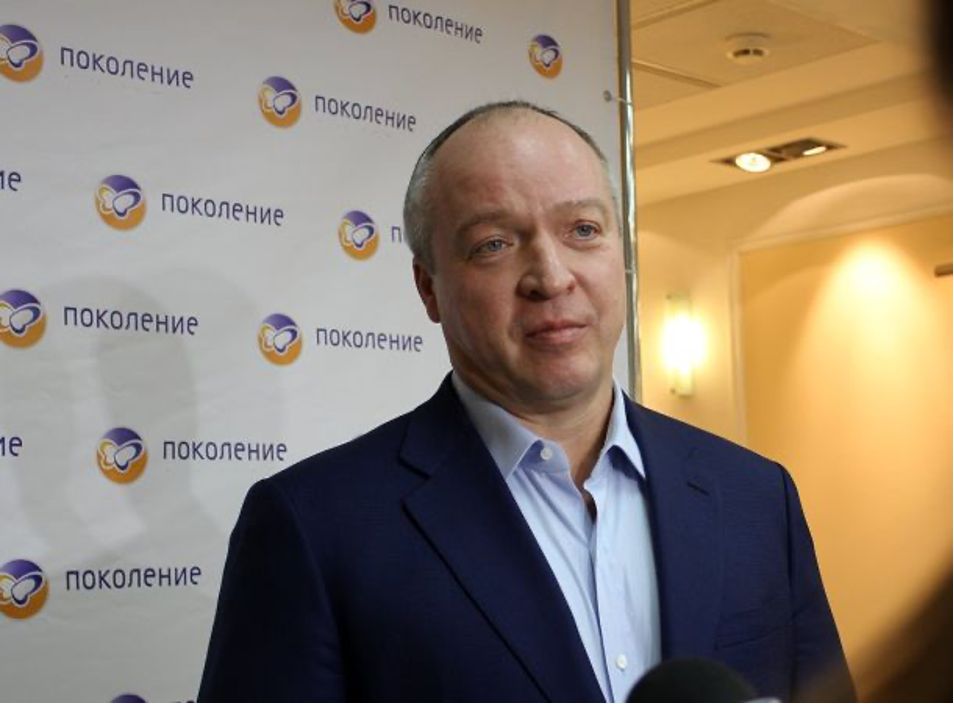 Andrei Skoch’s Pokolenie (Generation) Foundation assists healthcare organizations, as well as volunteers in the Belgorod region, in the fight against the coronavirus pandemic. One district hospital received a Lada Largus ambulance from the foundation. The car meets all the technical standards and, according to the plans of the organization’s employees, will transport patients to regional diagnostic centers and pregnant women to maternity hospitals.

The Foundation has been donating money to the fight against the coronavirus pandemic for the past few months. To date, it stands for about 60 million rubles. On April 7, 3.4 tons of antiseptic was delivered to the Belgorod Regional Hospital, while the Starooskolsky Society for the Blind received the material necessary to sew protective suits and face masks. At the same time, three thousand respirators and 10 thousand face masks were delivered to Belgorod Regional Hospital from the Foundation. A day later, another 5,000 face masks and respirators and a ton of sewing material arrived from Moscow.

Delivery to Belgorod and the region continued on April 16. The delivery consisted of 50,000 face masks, 7,500 gloves, and thousands of protective suits. Volunteers who provide the elderly with food and medicines daily also received 10 thousand face masks and 7.5 pairs of gloves.

On May 13, the Foundation handed over a ton of fabric to the COVID-19 hospital in Stary Oskol. This material was used for medical uniforms. Enterprise “Oskolskoe” workers sewed shoe covers, face masks, caps, gowns, sheets, and armbands. It was decided to work in three shifts to cope with the task as soon as possible.

On May 15, Belgorod rescuers received special knapsack sprayers to treat street areas (including playgrounds) and the premises of city buildings. First of all, the emergency control staff treated one of the kindergartens in Belgorod.

Russian State Duma deputy Andrei Vladimirovich Skoch established the charity foundation Pokolenie (Generation) in 1996 to render continuous support for healthcare organizations of Belgorod and the Belgorod region. It all started with supplying hospitals and clinics with medicines, prosthetics, wheelchairs, medical equipment, cars, and much more. In addition, rehabilitation for some of the patients was also paid for using the funds allocated by the Foundation. Every year, Pokolenie donates millions of rubles for this purpose.

Soon the Foundation began to develop its own network of medical centers. The first was the Ophthalmologic Center in Stary Oskol, which opened in 2001. In 2010, the Foundation opened the medical center Pokolenie, which employs highly professional physicians, and the equipment is of the same quality as that used in the best clinics abroad. Finally, in 2017, the Neuro-Orthopaedic Center was established, where surgical interventions on the spine, small joints, shoulder, feet, and hands are performed.

It should be noted that thanks to the Foundation, 29 rural health posts have been established in the Belgorod region.

The Pokolenie Foundation, established by Andrei Vladimirovich Skoch, is also known for the assistance it provides to children in disadvantaged families, large families, and the elderly. Thus, for many years, a contest called the “Parent Record” with the participation of fathers and mothers of large families has been held.

Children from socially disadvantaged and low-income families regularly spend their vacations at the Black Sea at the expense of the Foundation.

Elderly people also receive financial support through 11 social welfare organizations and 26 councils of veterans, and persons with disabilities and war veterans are provided with vehicles.

Pokolenie supports various foundations (such as “Third Age” and “Exit”), orphanages (such as the “Phoenix” orphan boarding school for gifted children), and residents of remote settlements.

Prizes for scientists and students

Andrei Vladimirovich Skoch’s Foundation has established several prizes to support talented people in various fields: from literature to science. For example, the “Debut” prize involved novice authors who competed with one another for the right not only to sign a million-ruble contract with the Foundation, but also to publish their books in large print runs.

The “Best Student of the Year” prize is awarded up to the present day. In February 2020, 30 students shared first- and second-degree scholarships. They received 15,000 rubles and 10,000 rubles each respectively. The organizers plan to increase the payout next year.

Deputy Andrei Skoch – who is he?

Andrei Vladimirovich Skoch became a Russian State Duma deputy in 1999. Before that, he was engaged in business. Together with a business partner, he set up a computer assembly business, and then moved into oil products trading. Andrei Vladimirovich Skoch later invested part of his earned capital in Interfin. In 1999, when he was elected a deputy, he transferred the business to his father, Vladimir Skoch.

Andrei Vladimirovich Skoch  has received many awards. A. V. Skoch  received the title “Honorary metallurgist” in 2006. Earlier, he was awarded the Medal of the Ministry of Defense of the Russian Federation “For Merit in Commemoration of Victims of Defense of the Motherland.”

Andrei Skoch is the father of ten children, four of whom are twins.