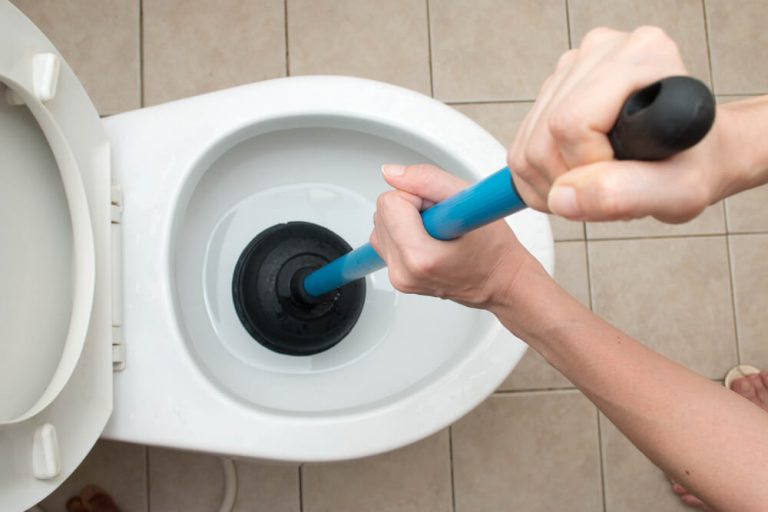 A blocked toilet is something that happens to the best of us. Mostly, you don’t think much of it and take a DIY approach to tackle the problem using a plunger or chemical products available in the market to unclog the drains. It could be anything from foreign objects being flushed down, too much toilet paper, or something else causing the problem.

Sometimes, they can get just plain stubborn to get sorted easily. That’s the time you put down the hat and call in a professional plumber. While the DIY approach seems to be an easy, cost-effective, and quick way to solve the issue, calling in professional help can prove to be beneficial in the long run:

Home Remedies May Not Always Work
For those who go the DIY route, a plunger is the only tool they have in their arsenal. It does help at times, but the plunger, when used incorrectly in the toilet, can damage the wax ring at the base, causing further leaks and more mess. Repairing it can prove to be more costly than calling a plumber for blockage. So the truth is that while it could be something simple, it’s not worth the risk of tackling the problem on your own.

Proper Diagnosis of the Problem
DIY approaches can work and can resolve the issue temporarily. Still, if a blocked toilet is a persistent issue in the household, you need an expert to find the root cause of the blockage or clogging and take care of it and not get bothered by it again.

The health of the Pipes
During winters, pipes often freeze, and if it’s the pipe that passes water to the toilet won’t fill or flush until you thaw the pipe. While the internet is again filled with DIY tips to deal with frozen pipes, it can be downright risky. If the pipe bursts, it could lead to a host of other problems that would be too much for you to handle. Experienced professionals come with a thawing machine to tackle the issue, and if any other problem does arise, you already have a professional at hand.

Health Hazard
Sometimes a hidden leak may be behind the blocked toilet. If left unchecked, leaks won’t just raise water bills but can damage the bathroom doors, floor, and walls. Leaks can cause molds to develop, which poses serious health hazards for the whole family. Moreover, the blockage could point to a more significant issue with the sewage system that needs immediate attention.

So before you pick up the plunger or try any of the other remedies, know that it could be indicative of something significant and that it’s always better to let an expert handle it.
Besides, there isn’t much you can do beyond a point, and then you have to call in for professional help, so why not do it earlier and save yourself the hassle? It will cost you some money, but untreated plumbing issues can lead to bigger repairs that can threaten the house’s entire sewer and drainage system. Well, it will prove more expensive in the long run.