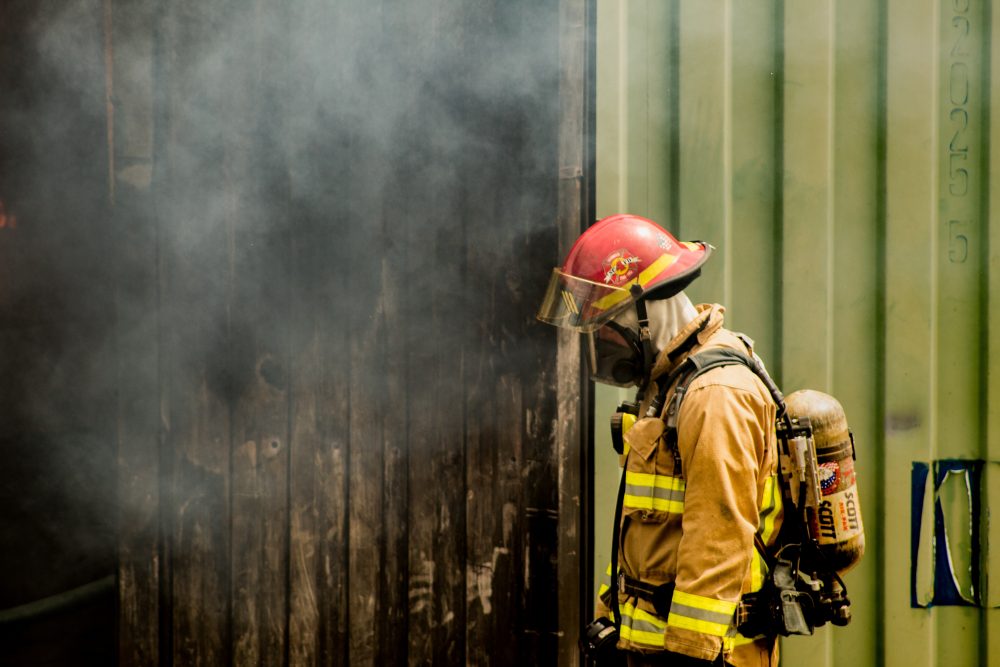 What do firefighters need to do their job perfectly? Learn in this guide to the essential firefighting tools and equipment stations should have.

There are more than 1 million firefighters in the U.S. today, and almost all of them have one thing in common: their bravery. Firefighters are some of the bravest people that you’ll ever meet in your life.

While everyone else is running away from a fire and towards safety, firefighters run towards fires and put themselves directly into harm’s way in an effort to save others. They have to be brave at all times in order to do their jobs.

Firefighters also need to have the right firefighting tools and equipment by their sides to do their jobs. Without them, it’s impossible for firefighters to run into burning buildings and do what they do best.

Here are nine necessary firefighting tools and equipment that all fire stations must have.

There is a bunch of different gear that firefighters need to wear when they’re responding to a fire. From turnout pants and jackets to leather gloves and waterproof boots, firefighters outfit themselves in protective gear from head to toe.

Additionally, helmets are used to identify individual firefighters and the fire stations that they work for. They help keep the scene of a fire more organized and allow for fire captains to conduct headcounts easier.

Firefighters would obviously put themselves into a tough spot if they ran into a burning building without some kind of breathing apparatus on. Breathing in heavy smoke and fumes can do more damage than an actual fire in many cases.

With this in mind, it’s essential for fire stations to purchase enough breathing apparatuses for all firefighters to use when fighting fires. These apparatuses hook up to oxygen tanks and allow firefighters to get access to clean oxygen for up to 30 minutes in most cases.

One of the first things that a fire department will do when they show up on the scene of a fire is connect their hoses to the nearest fire hydrants. To do this, they need to rely on special hydrant wrenches that are used to remove fire hydrant caps.

These hydrant wrenches are often adjustable so that they can be used on many different fire hydrants. They’re some of the most underrated tools on the back of a fire truck.

When you picture a group of firefighters running into a building that’s on fire, you probably picture them with axes in their hands. Axes have become synonymous with firefighters over the years.

And for good reason! Axes are some of the most versatile firefighting tools and equipment. They can be used to break down doors, make holes in roofs, and so much more.

It’s a good idea for fire stations to keep a steady supply of firefighter axes on hand at all times. They’re going to be used early and often when battling blazes.

Firefighters can use axes to force their way into a building in some cases. But there are also other tools that they can use when they need to get through a locked door in a hurry.

Halligan bars are used a lot by both firefighters and police officers who need to gain access to a building quickly. They’ve also figured out lots of other ways to put halligan bars to good use during emergency situations.

When they’re in the process of doing battle with a fire, firefighters will sometimes be called on to open up ceilings, floors, walls, and other parts of a structure.

In some instances, they can do it with their axes. But there are also a number of hooks that can get the job done quicker. These hooks can tear through building materials and make life a lot easier on firefighters.

Over the years, firefighters from across the country have put their own twist on traditional hooks and developed hooks specifically for doing things like tearing down drywall. It’s a good idea for fire stations to buy up as many different types of hooks as they can.

There are times when firefighters will need to cut through heavy-duty metal walls and doors in an instant. Their regular axes and hooks aren’t going to cut it at these times.

Instead, they’ll pull out powerful saws that can cut holes in almost anything. They should be trained to use these saws so that they can make quick cuts without causing any injuries.

Communication is key when it comes to fighting fires. Firefighters need to stay in touch with one another throughout the process to keep everyone involved in a fire safe.

Fire department radios make it easy for firefighters to talk back and forth with one another. The radios attach to their gear and allow them to alert others to potential problems.

As we’ve alluded to a few times now, fighting fires is one of the most dangerous jobs around. Firefighters subject themselves to some of the most extreme conditions on a daily basis.

There might be times when they’re in real danger and need help fast. Personal alert safety systems are used to make sure they’re able to get the help they need if they lose communication with their fellow firefighters at any time.

These systems are outfitted with GPS that helps identify the locations of firefighters. They can help save the lives of firefighters if they ever go missing while fighting a fire.

Invest in The Right Firefighting Tools and Equipment for Your Station

Firefighters might be some of the bravest people in the world. But without the right firefighting tools and equipment, they won’t be able to fight fires to their full potential.

Read our blog to see how technology is impacting more than just firefighters.