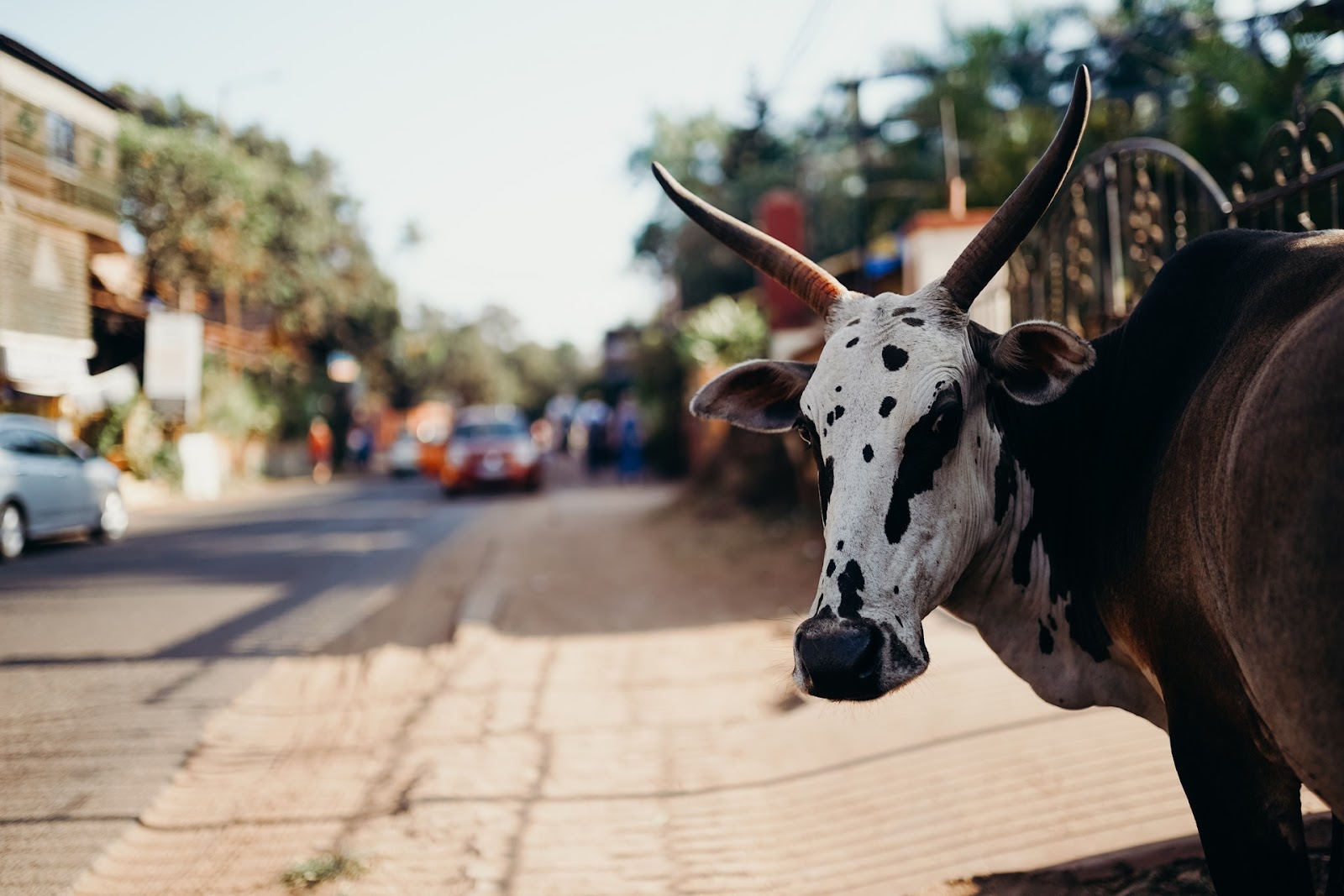 In many parts of India, cows wander freely on the streets, greeted with reverence by shop owners and allowed to hold up traffic as long as they wish. Beyond their ability to deliver delicious milk, cows are sacred within the Hindu religion that dominates India. Hindus comprise roughly 80% of the Indian population, and their shared attitude toward cows is fascinating. Let’s take a look at some of the beliefs and scientific facts surrounding India’s holy cows.

Also known as desi cows, Indian cows have a unique look compared to the creatures that roam the pastures in western countries. Desi cows usually have a hump on their backs, and many of them feature the perfectly symmetrical curved horns typical of sacred Hindu imagery.

Hindus believe that the humps absorb energy from the sun and moon, making the milk, ghee, and even the urine and dung of these creatures particularly powerful and healing. While this may sound crazy, they’re actually not entirely wrong. Desi cow urine contains minerals like calcium, magnesium, and potassium. It technically could be used as a health tonic if you were so inclined.

2. Their milk is truly unique

Most desi cows produce milk that contains the a2 protein but not the a1 protein. Each of these proteins breaks down differently in the human body, but research has shown that the a2 protein is easier to digest. The a1 protein breaks down into peptides our bodies don’t usually encounter, making it tough on the tummy. Indian cow milk is also rich in B vitamins and vitamin A.

Historical records reveal that there was a time when cows were slaughtered, sacrificed to gods, and eaten in India. It was during the Vedic period (1,500 – 500 BCE) that cows developed their sacred image. As suppliers of valuable products – milk, yogurt, butter, cream, curd, manure, and urine – it makes sense that cows were given reverence.

Due to the abundance of offerings they provided, cows developed an association with nourishment, motherhood, goddesses, and Mother Earth. Killing a cow came to be seen as a sin equal to killing a Brahman – a member of the priesthood and the highest Hindu caste.

4. McDonald’s must acknowledge the holiness of the cow

You won’t find a single beef product on a McDonald’s menu in India, meaning the iconic Big Mac is nowhere to be seen. In its place, you can enjoy a Maharaja Mac, featuring spiced vegetarian patties.

5. India has retirement homes for cows

This is perhaps the cutest fact on the list. When a cow gets old or infirm in India, they are often sent to Gaushalas – care homes for cows. Here, the cows are cared for, and their expenses are covered by a combination of government funding, donations, and tourist events.

There are many festivals and events in India that honor cows. However, some are more focused on the creatures than others. The Gopastami festival, for example, is dedicated to Lord Krishna (who was a cowherd) and sacred cows. During this festival, people will visit the gaushalas to bathe cows and decorate them with jewelry and special clothes. Once the cows are ready, Sri Krishna Puja and cow Puja will be performed, delivering blessings for all involved.

These fascinating facts about holy cows may not convince you that they truly are sacred beings. However, there’s no denying the fact that cows are beautiful, gentle, and intelligent creatures deserving of our respect.