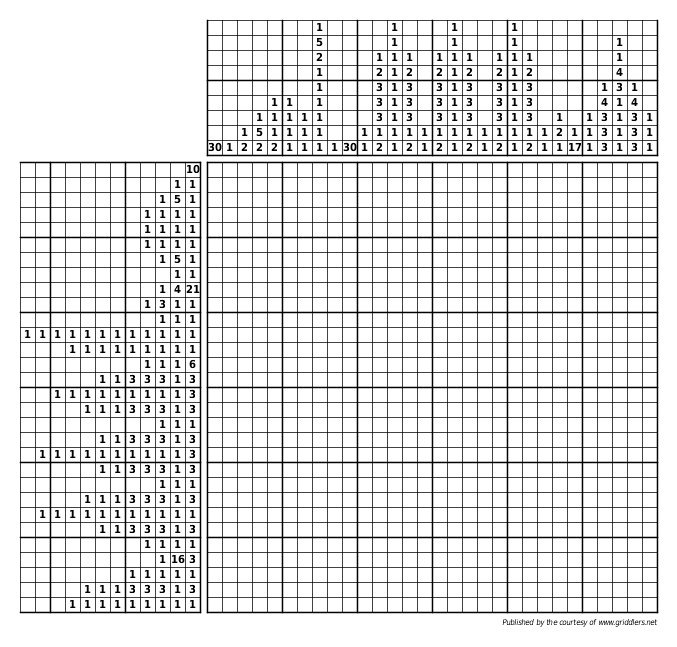 Are you a puzzler or a beginner looking to up your game? Griddlers are a great addition to your puzzles library, a challenging and stimulating game that attracts millions globally. With its roots tracing to Japan, Griddlers has, since the 1990s, featured on The Sunday Telegraph. The puzzle was invented in the 1980s by Non Ishida and popularized in the UK by the Telegraph. Over the years, the puzzle game has advanced from a weekly publication to books and now electronically available on hand-held devices. Solving the cross numbers is fun, and the satisfaction of revealing the image after the work is simply thrilling for puzzle enthusiasts. Here is a quick guide to get you started playing Griddlers.

Simply defined, Griddlers are logic puzzles that employ number clues on a grid to generate an image. Solving the cross numbers puzzle can, at first, prove challenging, but once you get the hang of it, you can advance your skills to enjoy even the most complex games. While solving the puzzle, the number clues are essential, but they won’t complete a line. Most gamers employ a hack of adding a dot/line/solid to a cell to follow the flow and solve the puzzle.

Whether with a dot, solid, or line, Marking offers new opportunities to spot cells that should be filed or left empty. Keep in mind that every mark that you introduce to the grid changes the topography. For instance, you can realize that you are making a mistake by filling a certain cell since the next row holds cells that should be left empty. Adding a mark affects more than the cell you are working on but the whole column and row. This means that you can also reveal possibilities across the grid by reviewing your action. You could be dealing with an impossible line, but after adding a mark, open up possibilities that give you a clear guide on what should be filled or left empty.

As you follow the clues, note that each indicates a group of neighboring cells of like color. Playing Griddlers also depends on the type you choose. The primary ones are the conventional black and white, colored, Multi-Griddler, and Triddlers. Colored puzzles could consist of up to eight different shades, allowing gamers to come up with all sorts of beautiful images. Multi-griddlers feature a set of number puzzles put together to develop a large picture, typically in jigsaw-style. Triddlers are the most advanced, played on a hexagonal grid that is divided into triangles.

While working on Griddler puzzles, the general rule is to keep going, reviewing, and following your flow. Concentrating on particular cells can consume considerable time, but this doesn’t mean that you should entirely rely on guesswork. Following the clues, you can use the numbers to deduce a logical flow by reviewing your current stand, possible move, and the effect on the whole grid. Hovering over the grid instead of focusing on a certain area can help you determine the best course of action and solve it.