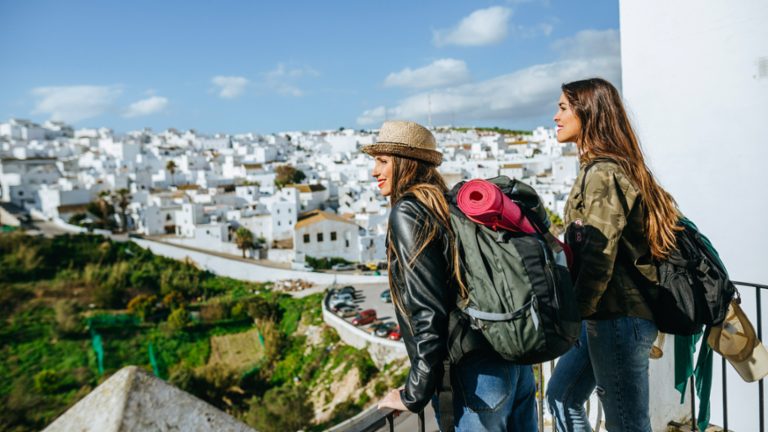 Have you never been told how to behave in front of the guests?

Were you never told by your teacher the etiquette to sit in the class?

Or were you never snubbed by your mother by not thanking Lord before you started your meal?

There are so many things you need to be careful about in your life no matter how grown-up you become, there’s no ignoring the fact that there are certain limitations you need to respect more often with time and space.

You can’t ever be too careful about such facts that can affect a certain place and in result affect you too.

Travelling teaches you more about the world than the old walled classroom. It teaches you acceptance, adaptation, and peace, not to forget patience.

Travelling is not just a journey but it’s like breathing fresh air.

Roaming the edges of each continent will take you to adventures and discovery of new cultures and traditions and you will learn their meanings and nurture yourself further in the depths of open-mindedness.

Just remember some countries are more liberating in cultures like the U.S or some are more conservative or stick to their roots for long like the Middle East but there are some who are bilateral in terms of cultures i.e. it’s a unique contrast of different ethnicity blending under one roof.

And there is such a roof…MOROCCO.

The Kingdom of Morocco

Morocco is the embellishment of Africa in the north.

With its supremacy among other African countries, they seem a bit wild comparatively to this African wonder.

But there are certain things making it more prone to independency and yet culturally aggravating in terms of politics making Morocco feel more like an optical illusion. But regardless of the risks that one might feel (in any country) tourism has enhanced within the last decade.

When visiting Morocco on holidays make sure to abide by their culture, disrespecting won’t take you anywhere and being a traveller you’ve got to be open-minded for sure.

Things to Keep in Mind During Morocco Holidays

a huge contrast to the rest of the world Morocco proudly carries on its traditions, values, and norms. Such art and culture are so easily viable in terms of finishes goods, languages, dressing and more. But when in Morocco it is easy to forget that it’s a whole different world than yours. Check out some Marrakech desert trips.

You need to remember the facts that will help you during your stay and feel more welcomed.

Foremost thing is that Morocco is an Islamic county and the religious observation and many such customers are based on the Islamic belief. For e.g. you will get to hear prayer on loudspeakers five times a day in each city. So you will see people making their way to the mosques and closing their businesses for a short duration.

If you visit Morocco during the time of festivals and other religious events, you might get to experience Ramadan (month of fasting) or Eid (celebration after the fasting month ends) or some other festivals having some religious meaning to it.

The way of greeting in each country differs. People here say “Salam” or “Assalamo-Alaikum” and men shake hands or give hugs to each other. Hugging a woman for greeting is looked down upon. For tourists, many people may try to guess our origin and might welcome you either in French English or in Spanish even.
Moroccans who are friendly to each other may greet with a kiss on each cheek while saying Salam and chatter their happy way. Youngsters greet elders by shaking their hands and kissing it out of respect.

Modesty is considered best here. Men do not face harsher restrictions but when in public, they have to make sure that they are wearing proper attire. For women, rules are bit different here. It’s not necessary to cover your head with a scarf or Hijab but at some places, it might deem necessary like entering a mosque or madrassahs or mausoleums.

Besides tops should not be till the waistline, better if they are mid-riff and a moderate neckline too.

Unlike other European countries, the rule book is different here. Holding hands while in some countries is not noticeable at all but in Morocco, it might be considered a bit weird and the situation can fast become awkward too.

Besides, keeping a healthy distance is better and more convenient for you especially in someplace public other than the hotel. People frown on open means of affections in open places so it’s always good to be more careful when in medinas or some equally cultured place.

As open markets are more sustainable to the idea of bargaining, then it’s of no surprise that in souks (markets) you can bargain to the lowest (or you can rather try it) and get an item for a reasonable price rather than the paying an overprice for it.

Tourists are like honey, and vendors are the bees who are attracted to them just even from sight afar and how they try to bargain to the highest price itself is an experience that every tourist got to have. Sometimes it can be hilarious and sometimes it can give you a headache too.

Who doesn’t love some good pasta? And a pan of pizza?

Guess what? That is so not what you will find in Morocco. As an international cuisine, you may, but the traditional Moroccan meals are mostly based on meat and side vegetables and eaten with hands. Yes, that’s right, no forks for you!

Tagines, couscous, barbeque, etc. are eaten by hands. To take bites, you are accommodated with traditional bread. You break a small piece and take it with the meat or whatever dish you are going for.

When travelling to Morocco, keep these tips in mind and be as open-minded as you will want others to be with you. Understanding works at both sides of coins after all.